The buyer is responsible for any import duties.

Complete information about all the existing models can be found below.

Mini-Max – a chair with an attitude!

Do you know the moment when all you wish for is a small stool to fall from the sky and let you sit comfortably and with style?

It could be everywhere – during a hike in nature, city center, a show in the park, a long walking trip or even at home, when all you need is a low and mobile chair that can reach anywhere.

Mini-Max is the answer. The Mini-Max is a stylish, multi-purpose, folding and portable quality stool. The stool can be adjusted to the desired height – high and low, according to the place, the purpose and even according to your mood. 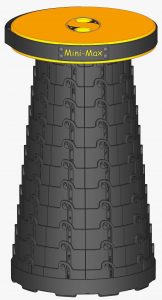 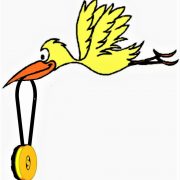 The Mini-Max portable telescopic stool is the brainchild (registered) of "Safrut".

The idea to create Mini-Max (16" model) was born in November 2009 in Yavne (Israel), when its inventor, the owner of Safrut, woke up in the middle of the night shouting: "Eureka!"

Since that moment an intensive development process began, during which a number of prototypes were developed until the perfect model was created.

In mid-2019, the development of a set with Mini-Table was completed.

The new stool is made from High Quality Polyamide (PA) – a material known for its resistance and durability, a material that can resist all kinds of weather conditions and is also considered to be an environmentally friendly material.

The retracktable telescopic body of the stool is made from 120 segments that form together a strong and flexible basis while the optimal balance between weight, dimensions and strength is maintained. 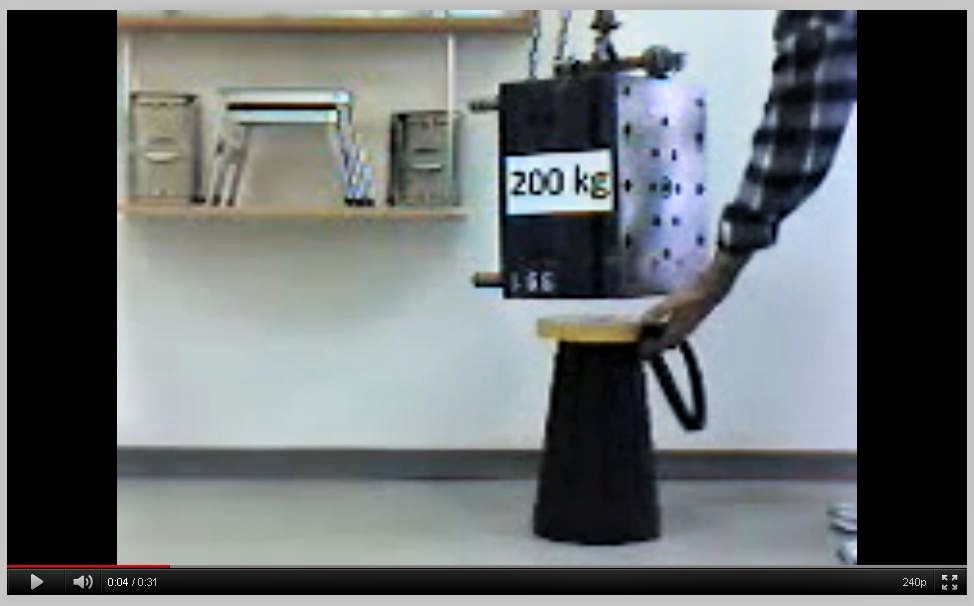 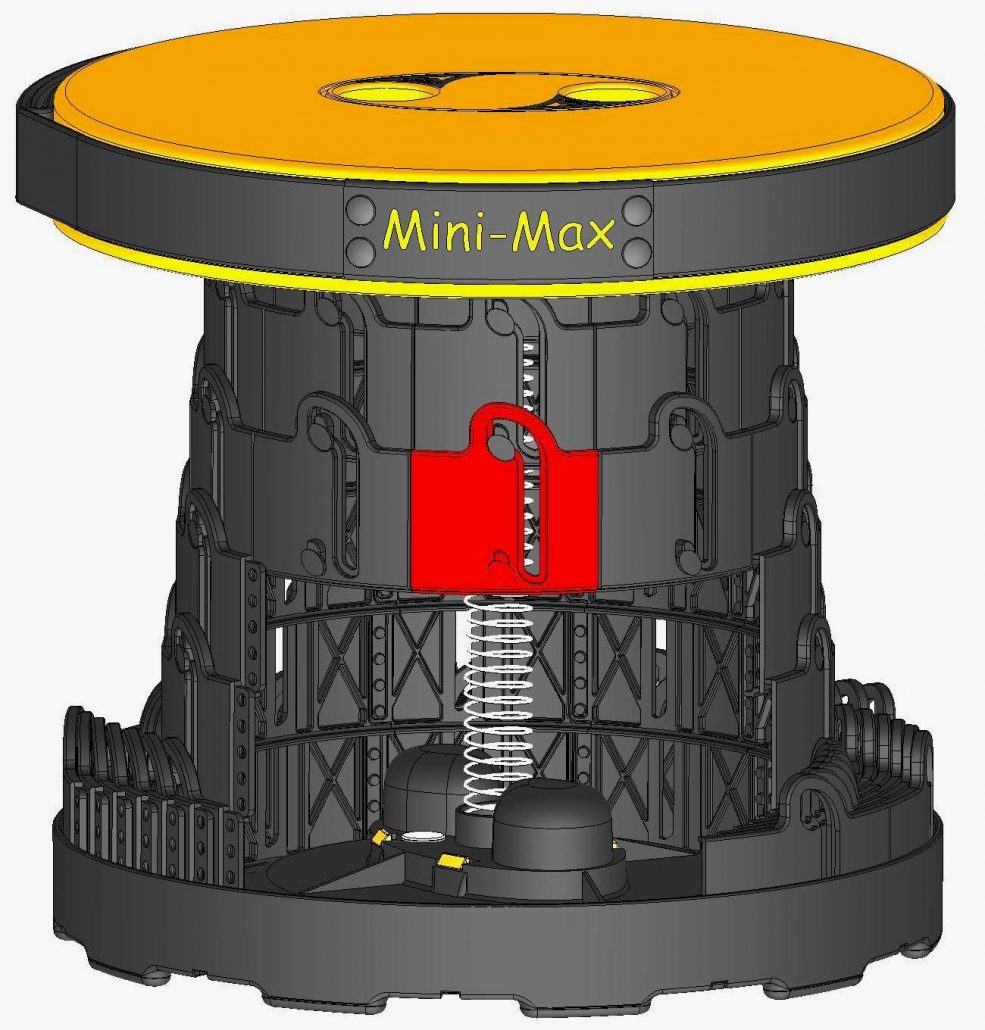 !Each one has his own Mini-Max

The Mini-Max (Minimum-Maximum) stool folds into a round plate; it is adjustable and can be hung on the shoulder using a strap made of synthetic leather 43 inches (110 cm) long. Extension spring keeps the stability of locking in the open position and couple of magnets in the closed.

Removable pad made of soft foam rubber covered with synthetic leather cloth with the centering button and the loop for the connection.

The stool is suitable for a variety of indoor and outdoor activities:

The video shows a 16" model

Order your Mini-Max and you can take a time out while sitting!

Below are the details of the 3 existing models

The differences are the size, weight, strength, performance and price.

(see on the video above)

New! Set of 4 x 16" stools with the option of turning one of them into an adjustable Mini-Table covered with decorative fabric. The table folds and becomes a carrying case. 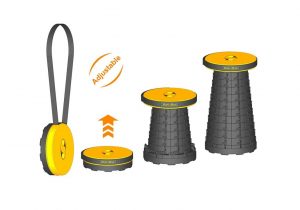 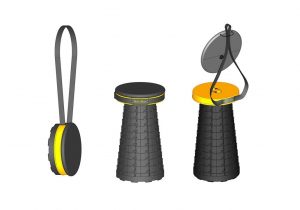 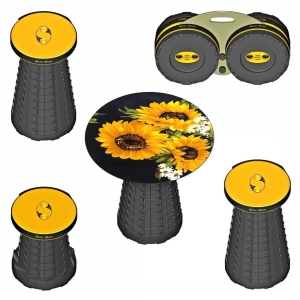 This model and its corresponding Table have been designed and given to the Israeli company Microdel Ltd for independent production and marketing.

The product's price is relatively cheaper and varies around 50$.

Please note: The information about this model intended here for general informational purposes only, also Safrut is not related to deviations in design, material selection and marketing.

This model also available in some stores around the world.

Attention:  There is imitation in China. 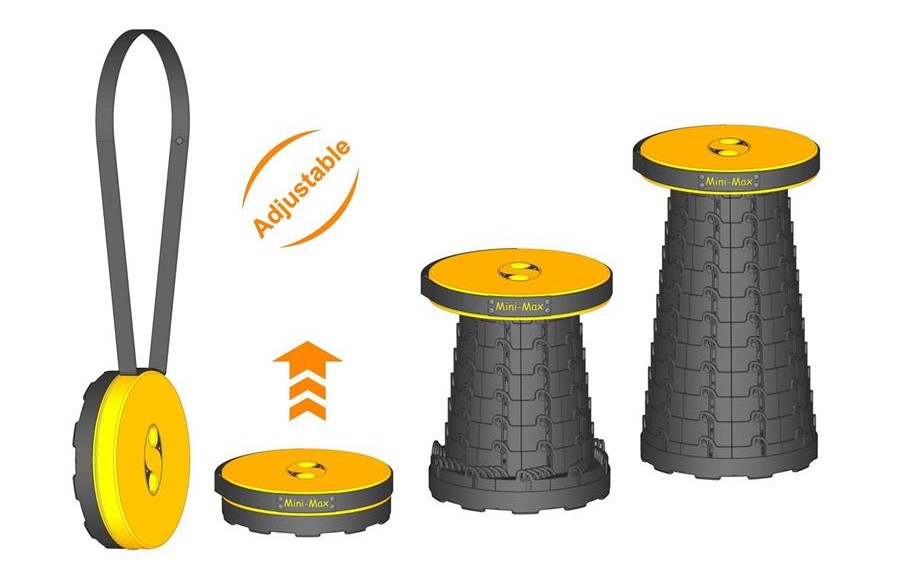 Note: The image is for illustration purposes only.

.Real-original model of the most durable and widest Mini-Max stool

New! Set of 4 x 18.5" stools with the option of turning one of them into an adjustable Mini-Table covered with decorative fabric. The table folds and becomes a carrying case. 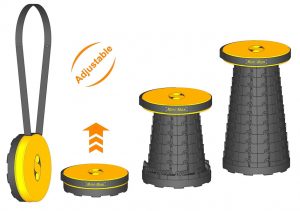 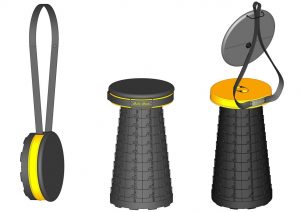 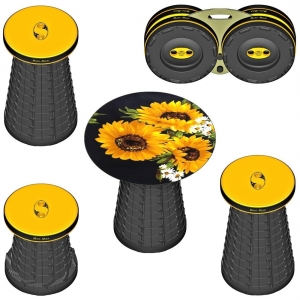 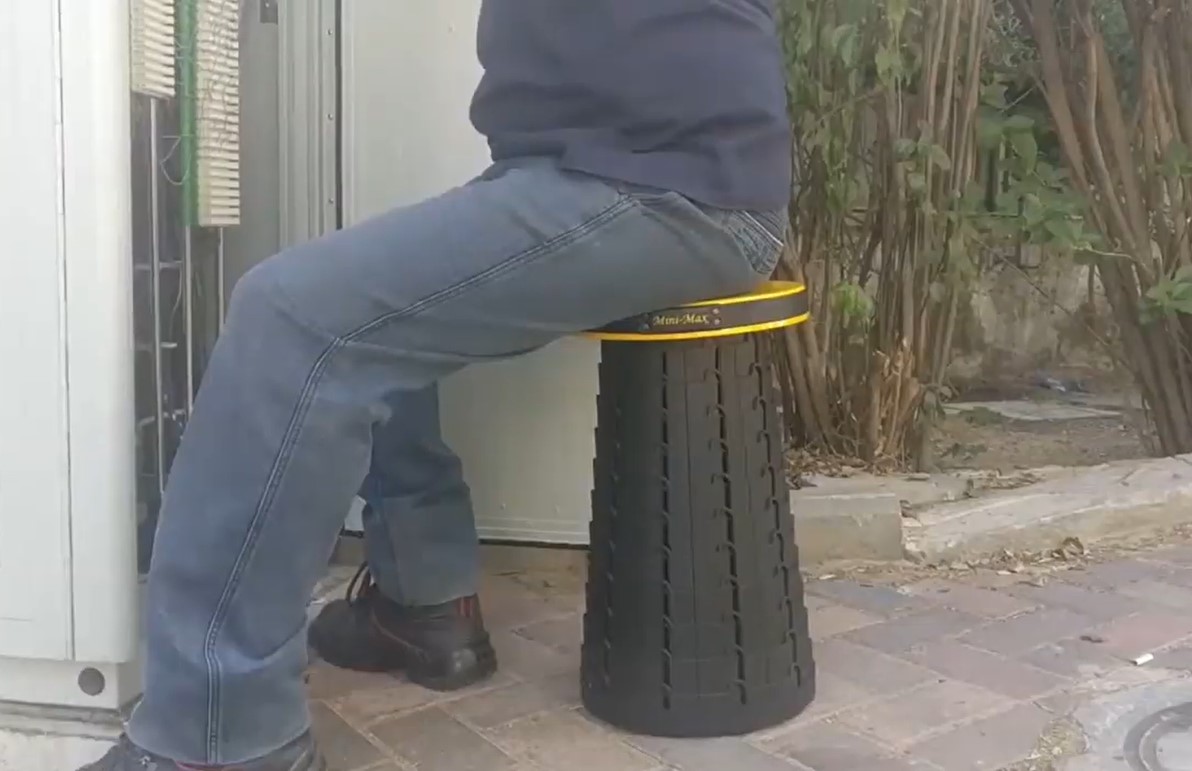 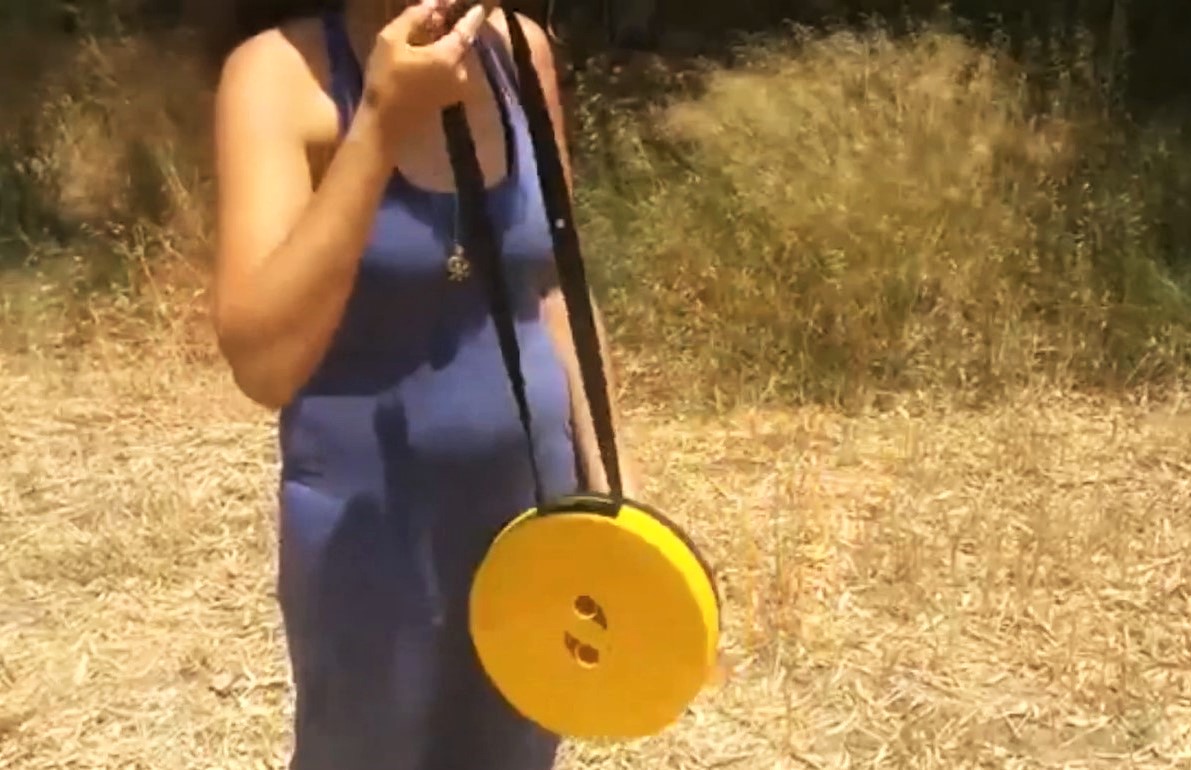 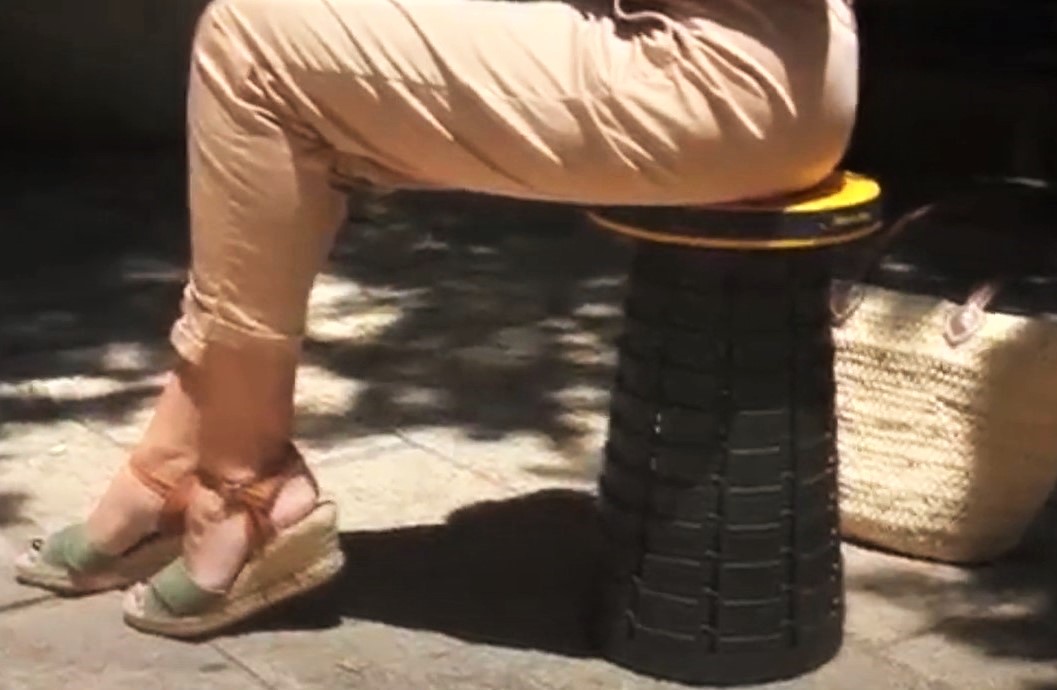 Method of adjustment of the stool

For better stability in the partial opening position, it is recommended when open the stool to hold it upside down, so that eventually the seat rests on the widest ring.

To open the stool without lifting the pad – wrap the seat side with one hand and pull to open the bottom side with the other hand, while making a slight turn and keeping the sides parallel. In the same way it can be closed.

Warning:  To prevent damage avoid bending the seat of the stool while sitting (always keep full contact between the segments).

The combination of bending and turning leads to breakage of the upper segments (especially in padded version).

Note:  When the stool is used in sandy terrain the penetration of dirt in slots should be prevented. In the latter case it is possible, and even advisable, to wash it.

If smoother opening and closing is required, it is recommended to lightly spray dry (oil-free) silicone spray outside the telescopic body.

Got any questions? We’d love to answer! 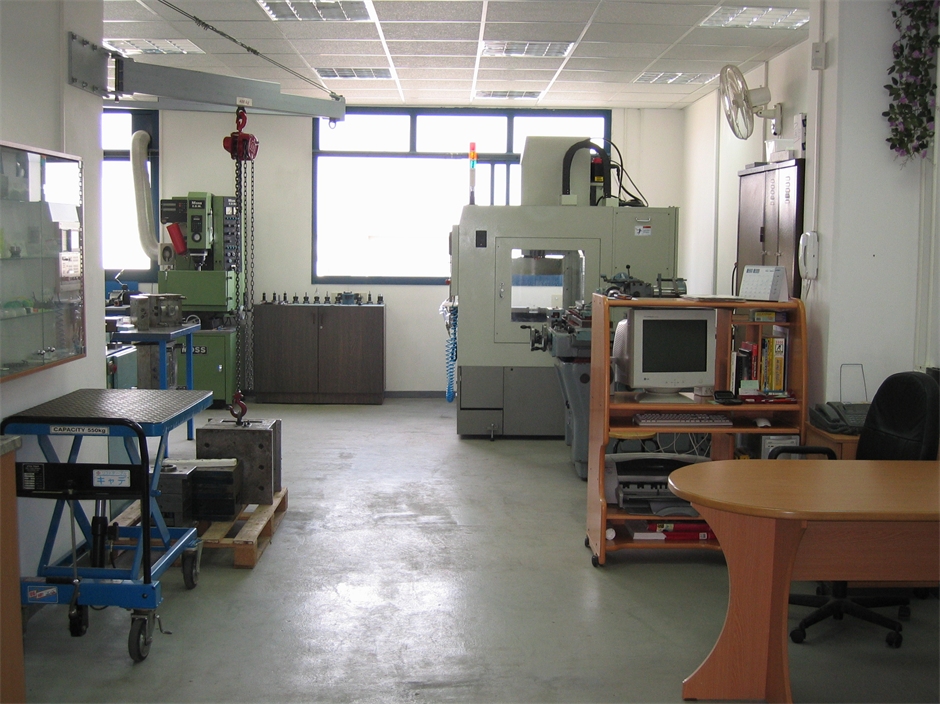 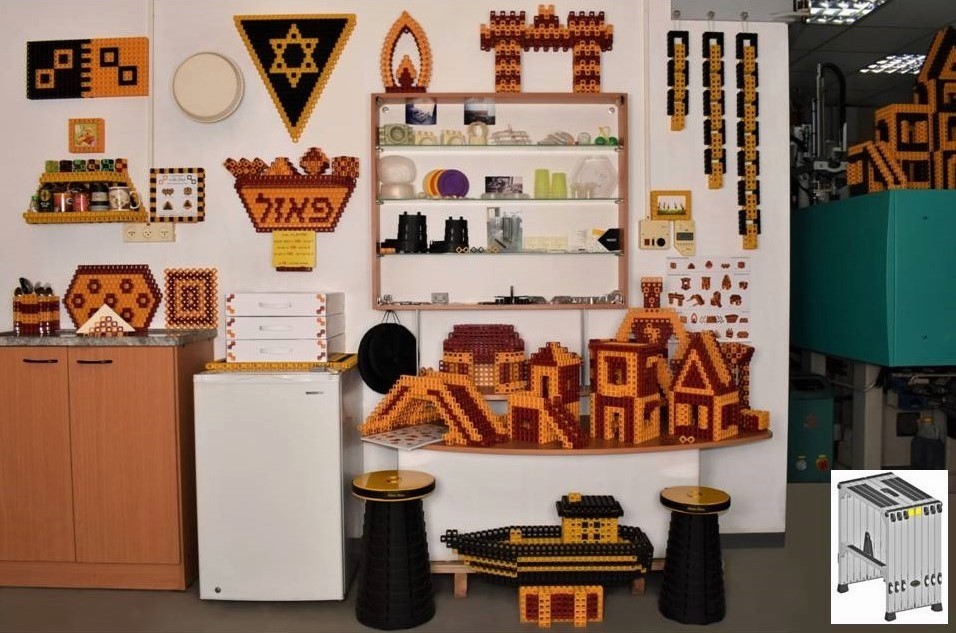